Getting into law school can be a competitive process. If you’re contemplating a career as an attorney, you may want to become familiar with law school admissions requirements. One way to stand out from other applicants is to get a high score on the Law School Admission Test (LSAT). This LSAT study guide may help prepare you to begin studying for the exam. 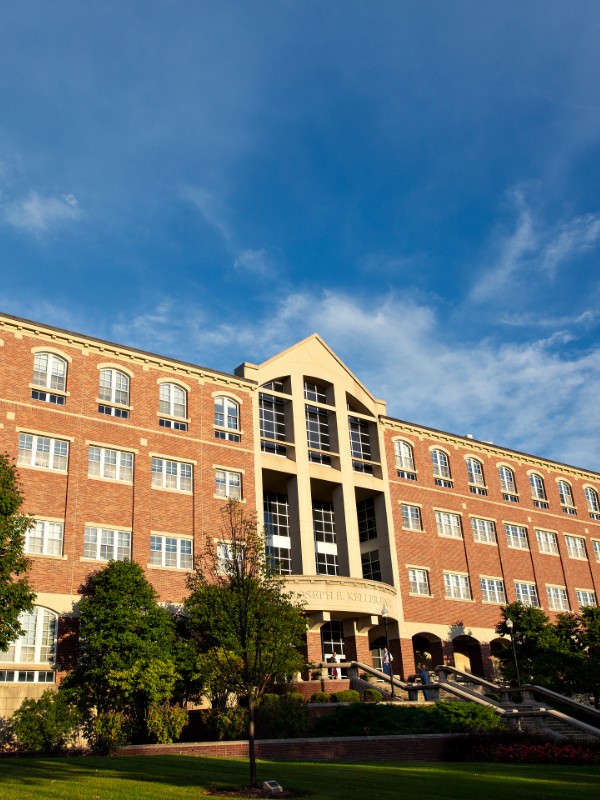 Earn Your J.D. From the University of Dayton’s ABA-Approved Online Hybrid Program

The University of Dayton School of Law is providing wider access to a quality legal education through its Online Hybrid Juris Doctor program. The ABA-approved program prepares students to sit for the bar exam in most states.

What Is the LSAT?

The LSAT is a two-part, skills-based test administered by the Law School Admission Council (LSAC). Part one is five sections of multiple-choice questions, and part two is an unscored writing sample. This test is used by many, but not all, graduate schools to help them determine who is admitted into their law school. A higher LSAT score is one of several factors that can make you more competitive when applying to law schools.

Can You Get into Law School Without Taking the LSAT?

Not all accredited law schools, including some online JD programs, require the LSAT. For years, the LSAT was required for all law schools because of rules created by the American Bar Association (ABA). But in 2018, the ABA Section of Legal Education and Admissions to the Bar made a standardized test for admission to law school optional.

There are several law schools that no longer require the LSAT, including:

Many law schools will accept a Graduate Record Exam (GRE) score instead of the LSAT. This option is helpful for people who are considering law school and other graduate programs. They can prepare for only one test instead of taking both the GRE and LSAT.

FAQ About the LSAT

How Many Sections are in the LSAT?

There are two parts to the LSAT. The first part is five sections of multiple-choice questions. One section is devoted to reading comprehension, another is devoted to analytical reasoning, and two sections test your logical reasoning. The fifth section varies depending on the test and is used to evaluate new questions; it is not part of your score. The second part of the LSAT is an unscored essay. You’re given a prompt that presents a problem. You must choose between two possible positions and defend your answer.

How Much Does the LSAT Cost?

The Credential Assembly Service (CAS) costs $195. CAS simplifies the application process. By using this service, all your admissions materials are gathered in one place—LSAC. Then, LSAC sends a full report with your LSAT score and materials for every law school application. Each law school report costs $45.

How Long is the LSAT?

As of September 2019, the LSAT is digital. Test takers use tablets provided to them at the testing site. The five multiple-choice sections take about three hours. The LSAT writing portion is administered separately online through a secure platform, and test-takers have 35 minutes to complete it.

How is the LSAT Scored?

What is a Good LSAT Score?

LSAT scores are between 120 and 180, with an average score of roughly 150. Most high-ranking law schools are looking for test scores in the mid-160s to 170s. A score above 165 usually helps you gain admission to many law schools; scores above 170 may help you get into the top law schools in the country. Students with scores in the 150s shouldn’t panic, though. Developing a monthly study plan could help you prepare for the LSAT and achieve your best score.

LSAC and other organizations provide many free practice questions, along with the answers and reasoning online. These are great resources when studying for the LSAT.

Below are practice questions published by LSAC.

Passage: In economics, the term “speculative bubble” refers to a large upward move in an asset’s price driven not by the asset’s fundamentals—that is, by the earnings derivable from the asset—but rather by mere speculation that someone else will be willing to pay a higher price for it. The price increase is then followed by a dramatic decline in price, due to a loss in confidence that the price will continue to rise, and the “bubble” is said to have burst. According to Charles Mackay’s classic nineteenth-century account, the seventeenth-century Dutch tulip market provides an example of a speculative bubble. But the economist Peter Garber challenges Mackay’s view, arguing that there is no evidence that the Dutch tulip market really involved a speculative bubble.

By the seventeenth century, the Netherlands had become a center of cultivation and development of new tulip varieties, and a market had developed in which rare varieties of bulbs sold at high prices. For example, a Semper Augustus bulb sold in 1625 for an amount of gold worth about U.S. $11,000 in 1999. Common bulb varieties, on the other hand, sold for very low prices. According to Mackay, by 1636 rapid price rises attracted speculators, and prices of many varieties surged upward from November 1636 through January 1637. Mackay further states that in February 1637 prices suddenly collapsed; bulbs could not be sold at 10 percent of their peak values. By 1739, the prices of all the most prized kinds of bulbs had fallen to no more than one two-hundredth of 1 percent of Semper Augustus’s peak price.

Garber acknowledges that bulb prices increased dramatically from 1636 to 1637 and eventually reached very low levels. But he argues that this episode should not be described as a speculative bubble, for the increase and eventual decline in bulb prices can be explained in terms of the fundamentals. Garber argues that a standard pricing pattern occurs for new varieties of flowers. When a particularly prized variety is developed, its original bulb sells for a high price. Thus, the dramatic rise in the price of some original tulip bulbs could have resulted as tulips in general, and certain varieties in particular, became fashionable. However, as the prized bulbs become more readily available through reproduction from the original bulb, their price falls rapidly; after less than 30 years, bulbs sell at reproduction cost. But this does not mean that the high prices of original bulbs are irrational, for earnings derivable from the millions of bulbs descendent from the original bulbs can be very high, even if each individual descendent bulb commands a very low price. Given that an original bulb can generate a reasonable return on investment even if the price of descendent bulbs decreases dramatically, a rapid rise and eventual fall of tulip bulb prices need not indicate a speculative bubble.

Passage: A charitable foundation awards grants in exactly four areas—medical services, theater arts, wildlife preservation, and youth services—each grant being in one of these areas. One or more grants are awarded in each of the four quarters of a calendar year. Additionally, over the course of a calendar year, the following must obtain:

Question: If a wildlife preservation grant and a youth services grant are awarded in the same quarter of a particular calendar year, then any of the following could be true that year EXCEPT:

Passage: The supernova event of 1987 is interesting in that there is still no evidence of the neutron star that current theory says should have remained after a supernova of that size. This is in spite of the fact that many of the most sensitive instruments ever developed have searched for the tell-tale pulse of radiation that neutron stars emit. Thus, current theory is wrong in claiming that supernovas of a certain size always produce neutron stars.

Question: Which one of the following, if true, most strengthens the argument?

5 Tips: How to Study for the LSAT

LSAT Resources to Help Prepare You for Test Day

Taking the LSAT May Give You More Options

While this LSAT study guide offers comprehensive tips for preparing for the exam, remember that the LSAT is not absolutely necessary these days—but don’t dismiss it altogether, either. Although many law schools will accept prospective students without an LSAT score or with a GRE score, taking the LSAT may give you more options. It also prepares you for the intense studying you will undertake during law school.

Earn Your J.D. From the University of Dayton’s ABA-Approved Online Hybrid Program

The University of Dayton School of Law is providing wider access to a quality legal education through its Online Hybrid Juris Doctor program. The ABA-approved program prepares students to sit for the bar exam in most states.